Stromatolites (from Greek στρώμα Strōma = bed / carpet and λίθο litho = stone) are layered structures formed by catching and fixing particles carbonate by cyanobacteria in shallow water in photosynthesis, releasing oxygen and removed from the atmosphere large amounts of carbon dioxide to form carbonates, precipitating, resulting in the formation of stromatolites.
At microscopic examination in court, many overlapping layers are distinguished in thin sheets stacked on one another, in which only the surface layer contains living organisms. These rocks are the result of the union of unicellular microorganisms, cyanobacteria that live in warm seas and shallow waters. , Rocks, layer upon layer was formed very slowly dying cells calcium carbonate walls on the previous layer is deposited thereon forming a new living layer.
About 3500 million years ago, when the oceans existed millions of living cells, and stromatolites were made ​​between 2500 and 1000 million years, the reefs and stromatolites were widely expanded massively producing oxygen, which was the cause of the first mass extinction of the planet and caused a drastic change in the earth, striking atmosphere to this day.
Currently, only form preserved in some rare places on earth, such as on the west coast of Australia. 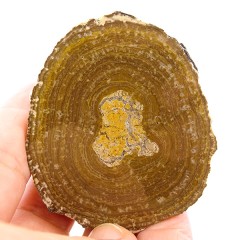 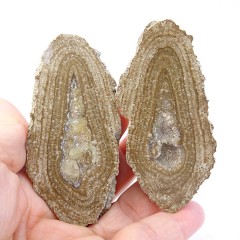 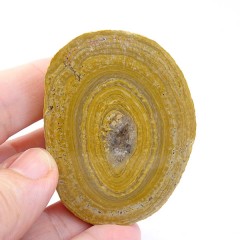 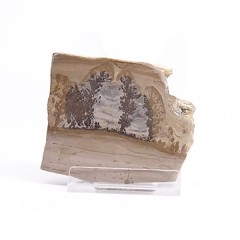